Thank you Italian team for organizing a great conference in Italy in 2015. 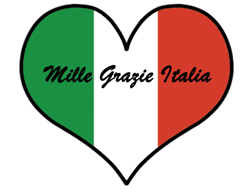 In 2016 the 20.th EEE Conference will be held in Transylvania. We (Misi and István) are looking forward to host you in our town (Miercurea-Ciuc) in April.

The EEE Romania – Transylvania 2016 homepage is functioning. You can find already some useful information there and more is coming. According to our plans the signing up process will be ready for start on the 6.th January 2016. 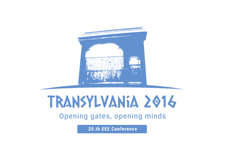 It is the work of our friend Róbert Borvíz a graphic designer. Many thanks for his help.

What does it represent?

Not just a simple gate, but a traditional carved wood Székely gate.

These gates are traditionally made from a long-lasting wood such as oak, and develop a beautiful dark colour over the years. Each is actually two gates – one for people on foot and one for a horse and cart – joined by a small roof. The gateposts and the section above the pedestrian gate are richly carved in relief with motifs that are typical for the region called Szeklerland, such as: floral patterns, the sun, the moon and stars.

The symbolism of gates

A gate is an open type of entrance, even when closed a person can see what lies beyond a gate.

A gate is the symbol of a new beginning, a transition, or new opportunities.

Gates are symbolic entrances into new worlds, entrances to something different.

I would describe our logo in the following way:

Our gate is a welcoming open-view gate, which represents the entrance into a new world – our world here in Szeklerland, Transylvania – and it is closed, because we would like to let you open it and discover what is on the other side, in our courtyard, the traditions and the values of the people living in this region.

Our gate symbolizes the entry to a new phase in the life of EEE full of new opportunities.

Transylvania is the top choice among the regions tourists should visit in 2016, according to the Lonely Planet travel guide.

Barabási was born to an ethnic Hungarian family in Cârța, Harghita County, Romania. He is a Hungarian-American physicist, best known for his work in the research of network theory. He introduced in 1999 the concept of scale-free networks and proposed the Barabási–Albert model to explain their widespread emergence in natural, technological and social systems, from the cellular telephone to the World Wide Web or online communities.